Mars was hit by an asteroid between five and ten million years ago. It produced a huge crater and launched a new meteorite into space made of ancient Martian crust, which eventually fell in Africa.

Using a supercomputer-powered technique that allowed scientists to study the geology of planets without leaving the planet, the meteorite source was located.

(Photo: A. Lagain et al./Nature Commun.)
Using a machine learning method on one of the fastest supercomputers in the southern hemisphere, located at the Pawsey Supercomputing Research Center, the team was able to identify around 90 million impact craters. Kosta Servis, Senior Data Scientist at the Center, helped develop the algorithm.

A global team of researchers has discovered around 90 million impact craters on the Red Planet using a machine learning algorithm on one of the fastest supercomputers in the Southern Hemisphere, located at Pawsey Supercomputing Research Center, according to the Nature report.

The map was created by researchers who looked into the origin of the Black Beauty meteorite, which was discovered in the Sahara Desert in 2011.

The Martian rocks that make up Black Beauty were created around 4.5 billion years ago, when the crusts of Earth and Mars were still developing, the study found.

The researchers finally determined the precise area of ​​this impact after using the algorithm to rule out some of the potential hits. The 10-kilometer-wide Karratha crater, the researchers say, could serve as the focal point of a future Mars mission.

The technique behind the discovery will also be used to locate billions of impact craters on the surfaces of Mercury and the Moon, as well as determine the origin of other Martian meteorites. So far, more than 300 Martian meteorites have been discovered on Earth. 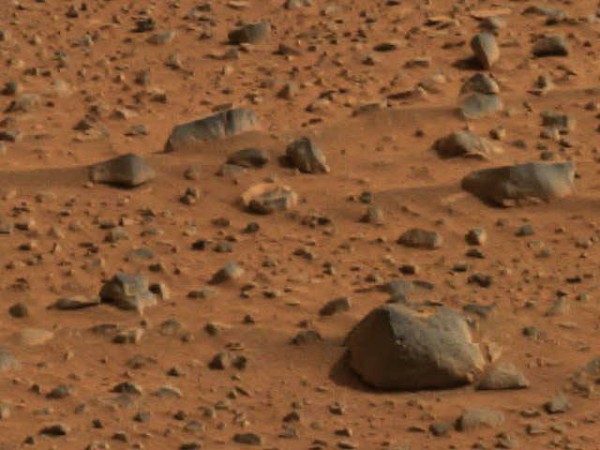 (Photo: NASA/Jet Propulsion Laboratory/Cornell University via Getty Images)
MARCH – JANUARY 6: In this handout released by NASA, the smooth, angular surface of rocks is seen in an image taken by the panoramic camera on the Mars Exploration Rover Spirit on January 6, 2003. The rover landed on Mars on January 3 and sent its first high-resolution color image on January 6.

Read also: Drones on Mars: skycopters could explore Mars shortly after a revolutionary test in a volcano!

The crater was named Karratha by researchers in honor of a town in Western Australia that is home to some of the oldest rocks on the planet. The team wants NASA to give top priority to the area around Karratha Crater as a potential location for a future Mars landing.

Thousands of high-resolution planetary photos from several Mars missions were analyzed by the team to identify the origin of rocks on Mars.

This article belongs to Tech Times

ⓒ 2022 TECHTIMES.com All rights reserved. Do not reproduce without permission.

What is Machine Learning as a Service? Advantages and Best MLaaS Platforms