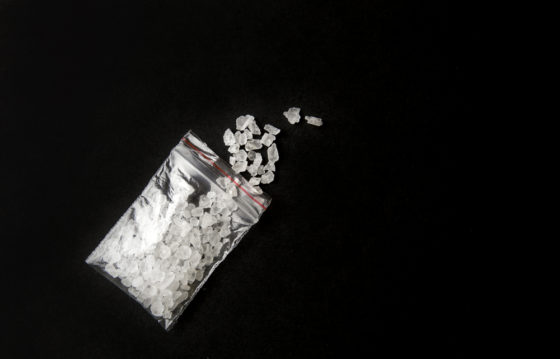 According to a court verdict in Amsterdam.

The bank suspected LW Sales, which was officially registered as operating a dental and laboratory supplies website, of also selling potentially banned substances through another site, Chemistry Bay.

LW Sales, based in Rotterdam, had opened an account with the bank last October and, according to the verdict of summary proceedings in Amsterdam, in June it began to receive payments linked to another site, which offered the drug of synthesis ‘3-CMC’ in crystal and powder form. Images of a banned drug, 3-MMCwhich acts as an amphetamine, were featured on the site.

In order to fulfill its legal integrity obligations, Bunq told the court that it placed an order for a pack of 3-CMC crystals on the Chemistry Bay website on August 2. He was asked to pay the account he held for the dental supply company, DentalVoordeel – owned by LW Sales.

Both 3-CMC and 3-MMC have been defined as “harmful new drugs” controlled by the European Commission in March – and the change was incorporated into the Dutch law on August 18.

Bunq froze the company’s bank account, including its balance of €132,000 – according to LW Sales – for a period of four months. The Chemistry Bay site, meanwhile, informed its customers that it had a new account number with a Spanish bank.

LW Sales filed a lawsuit against Bunq in an attempt to reopen his account and recover the balance, arguing that he had not sold 3-MMC, and that when his bank account was closed in mid-August on 3 -CMC was not a banned drug. She argued that her customers were mainly laboratories and that the bank’s investigation was “one-sided”.

However, the judge ruled that the company should have disclosed “its exact activities regarding the www.chemistrybay.com website” and that it had breached the bank’s terms and conditions. “It is understandable that Bunq does not want to facilitate the synthetic drug trade through its paid services and does not want to be associated with it,” the verdict reads.

The judge ordered Bunq to refund the contents of the account to LW Sales, but ordered the sales company to pay court costs of €1,692.

Adil Mao, lawyer for LW Sales, told Dutch News the company was “considering an appeal”. Money from his old bank account was returned, he said.

Bunq said its “risk-based research” complied with Dutch anti-money laundering and anti-terrorist financing laws. “Using machine learning and other means, we continuously monitor accounts for unusual transactions,” a spokesperson told Dutch News. “If we detect anomalies, we are legally obliged to take action. To give fraudsters the least chance of abusing our systems, we never discuss our fraud prevention methods in detail.

Thank you for your donation to DutchNews.nl

The DutchNews.nl team would like to thank all the generous readers who have donated over the past few weeks. Your financial support has helped us extend our coverage of the coronavirus crisis into evenings and weekends and ensure you are kept up to date with the latest developments.

DutchNews.nl has been free for 14 years, but without the financial support of our readers, we would not be able to provide you with fair and accurate information on all things Dutch. Your contributions make this possible.

If you haven’t donated yet, but would like to, you can do it via Ideal, credit card or Paypal.

Meet Dorik, a Sylheti startup that can help you build a website in minutes

HOW TO PERSONALIZE YOUR HOTEL’S WEBSITE TO GET MORE BOOKINGS?